Foothills District’s very own Avery Shumpert from Troop 2319 completed his Vigil Honor Induction this weekend at Trailblazer. A quick recap for those who don’t know, there are three levels in the Order of the Arrow, Ordeal, Brotherhood, and Vigil Honor. Receiving Vigil Honor is exceedingly rare as the process involves getting nominated by your peers within the OA and getting approve by committee and national, before completing your Vigil Honor Induction. The Egwa Tawa Dee Lodge had roughly 900 registered OA members at the end of last year, and out of all those members across the Atlanta Area Council only 12-15 were selected this year to receive the Vigil Honor and Avery was selected as part of that very small group. He is the first new Vigil Honor recipient from our district since 2011! Next time you see him, be sure to give him a big congratulations as he is the first chapter member to receive the Vigil Honor is several years! CONGRATULATIONS AVERY, you deserve it! 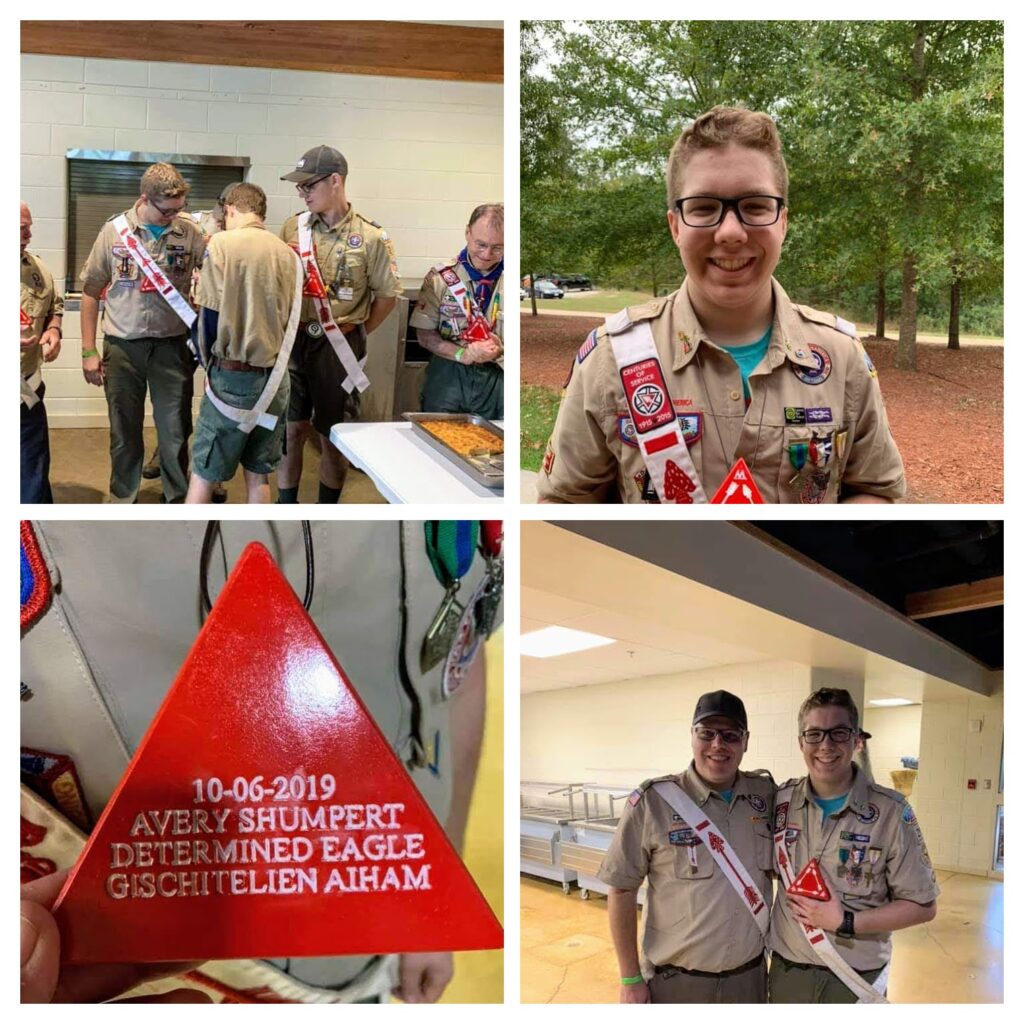